Veterans Day: A Cinepoem from Misfit Moon Productions on Vimeo.


Veterans Day: A Cinepoem originally appeared in "Musings of a Full Moon", the first book by author Helen P. Souranoff, published by Purple Books Publishing in 2012. This work explores PTSD and the serious impacts it has on returning veterans, and their families and loved ones.

Thank you to everyone involved for your support & encouragment! 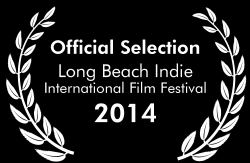 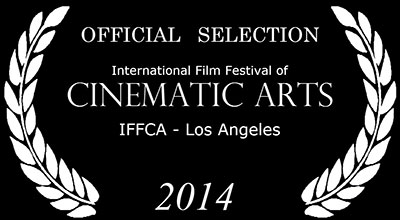 You’re running at me, that glare in your eyes holding up my flesh like some trophy ready to give to the Gods as some sacrifice to show your loyalty to their power; to show them that you are worthy of saving, your offering being an acceptable invitation for justifying your violent actions…

These woods have seen many things.

The pines whisper secrets as the troupe runs in, only to find no way out. The maze of trees casts a cloak that renders everyone invisible. How soon we forget of the wars that have been fought amongst woods on land on sea, in deserts and in day and in night; how soon we forget the struggles of all touched by the ultimate conflict, sacrifice and winner take all, war.

Let us not forget as we stand here in the wood, ear trained, listening for the words to come to tell their story so we may not, Gods forbid, repeat such atrocities again but that’s not what you hear now, as you are crouched, poised, an animalistic machine in survival mode. You hold your bloody fist, behold, in my face as if to show that I am barred from ever returning home back up to the land of living honoring any remote thoughts of release up until Hell freezes over, but we all know that’s a silly saying anyway…holding flesh from some other being like a trophy, to be admired only by yourself because you are alone, the only one of the few that was left behind to fight the dirty fight…

You were forgotten on the battlefield and at home, and as you wonder ‘what else do I have to live for’ you remember you’ve got a gun at your side that gives you pride and power and you instinctively reach for the handle as you return to the battlefield if only in your head… as they try to secure the straps holding you down to take you away to another place where it’s told it will be safe but you can’t believe anybody anyway because it has been too long and too horrific to live this way, lost in the wood.

You are at home, but you don’t know it.

Nobody treats you like you; the old you. Everything is different now, and will, no doubt make a great story one day but right now the pain is too new, too fresh and is still lingering in corners only to sneak out when unexpected, an uninvited friend in collaboration with Insanity and the Grim Reaper Clown.

You have survived much, my friend.

I wish you luck, since offering anything else would seem trivial and not fully comprehending the complete experience of the very real nightmares that you have seen. I stand ready to take that fist and extend fingers to meet with palm in a moment of peace, but would you let me? Would you let anyone? Only time will tell.


By: Helen P. Souranoff
Copyright 2012 Purple Books Publishing
May not be used or redistributed without express written permission from the author.
Contact us for further info.


Special Thanks goes to Rose Garcia from the CSM Veterans Center and all the many, supportive people who have helped spread the important message of PTSD and how it impacts our returning soldiers.